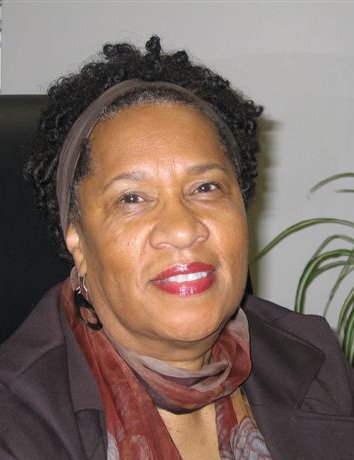 Quotation
Social activism is about building a place where no matter what this person does in their life, they’ll never forget what they learned. It’s not like they took some type of training and then left halfway through it – even then, it’s not a failure, because it’s the lessons that you learned to get where you need to go.

Biography
Articulate, direct, and undaunted in her interview with Liz Burge, Yvonne Atwell reached past the visible, practical aspects of her community engagement into deeper reflections on social change and spiritual growth. Her sparkling eyes and intellectual energy indicated a rich satisfaction with the give-and-take of working for self-reliance in various African Nova Scotian communities. She talked calmly but confidently about her years of social activism, past the doubt about what she is able to do and accepting what she cannot accomplish, "not as a negative but as something that happened for a reason and a purpose".

Yvonne Atwell has engaged for over forty years in community development and social change, primarily in African Nova Scotian communities. She is currently the Executive Director of the Community Justice Society, which works in multiple partnerships "to administer Restorative Justice Programming to youth at risk or in conflict with the law aged 12 to 17".

Her volunteer work includes activities such as the African-Canadian Employment Clinic in Halifax where she once worked as Executive Director; the Indigenous Black and Mi'kmaq Program at Dalhousie University; the Black United Front, the African Canadian Caucus of Nova Scotia; and the executive Board of the George Washington Carver Credit Union.

In 1998, Yvonne was the first African-Nova Scotian woman elected as a member of the Nova Scotia Legislative Assembly, where she served for 16 months until the election. She was named Honorary Member of the Canadian Society of Immigration Consultants in 2007, acknowledging her work as a Public Interest Member of the Board.