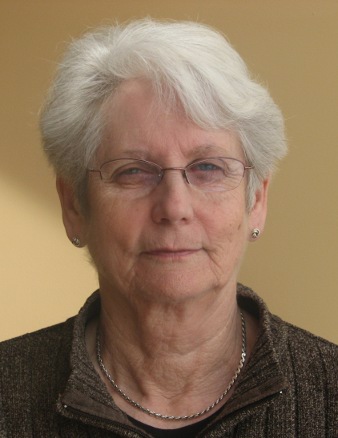 Quotation
I’m driven by the idea that the underlying structures and legacies of capitalism, patriarchy, and colonialism have created inequality and injustice, and that these are not going to be corrected or changed on their own. People have to be actively engaged in creating change and making things better.

It was a damp Halifax morning on the day that Liz Burge went to interview Stella Lord, a social policy analyst of standing and a skilled writer known widely for her work in women’s advocacy and social justice organizations. Inside a house distinguished by its books and art, a sense of hospitality was reinforced by the coffee and cookies served by Stella’s husband, Bill. The interview simultaneously conveyed tough lessons, and hope – and with these, the call for persistence – in achieving sustainable social change.

Stella and her husband Bill emigrated from Britain to Canada in 1966. They lived in Quebec for three years before moving to Toronto, where Bill studied engineering from 1969 to 1972 and Stella worked at the Ontario Institute for Studies in Education (OISE). She credits her time at OISE with raising her consciousness about politics and women’s issues. A subsequent stay in Ottawa for eight years enabled Stella to study political science and sociology at Carleton University at a time when discussion of social change was robust. Moving to Victoria, British Columbia, in 1980, Stella spent the next seven years immersed in the Women’s Movement and social change politics until 1987, when she and her family set off for a new life in Halifax.

In Halifax, Stella taught sociology, women’s studies and political science at Saint Mary’s University, worked on various community-based action research projects with the Canadian Research Institute for the Advancement of Women Nova Scotia (CRIAW-NS), and until 2004, was employed as a research and policy specialist with the Nova Scotia Advisory Council on the Status of Women. In this capacity, she did extensive policy research on a number of issues affecting women, wrote numerous briefs and reports, and took on project development and public event planning and worked across government departments on program development issues.

In her retirement from government, Stella assists with the reformation of the Nova Scotia Women’s Action Coalition and development of the Community Coalition to End Poverty in Nova Scotia (CCEP), a network of anti-poverty groups, social activists, and citizens concerned with action on poverty. The work of women and others involved in the early days of the Coalition is becoming evident, she says, with the adoption of a provincial government poverty reduction strategy in 2009. The CCEP continues to advocate with government for more action on poverty issues and educate the public to ensure that positive change occurs.

In 2009, Stella received her PhD in Sociology from Carleton University. Her dissertation analyzed 25 years of policy shift in relation to the treatment of single mothers in Nova Scotia’s welfare system. Once regarded as “unemployable”, they are now treated as “employable” and not only encouraged to find a job, but required to seek employment. However, the absence of reliable and affordable childcare, coupled with poor employment conditions, makes this policy shift problematic.