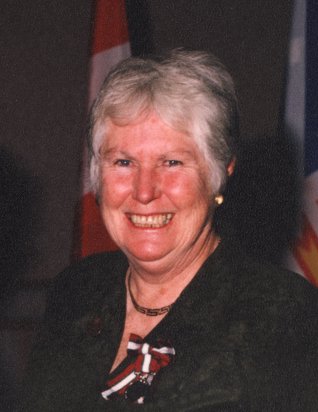 Quotation
You can only give support and make life better for individuals and help them to see other ways that they can do it. But you don’t go in as an outsider and make the change. [You have to wait] until the community rallies around and says ‘this is [an issue] we have to do something about.

Kathy was interviewed by Liz Burge over a phone line for two hours that felt like ten exhilarating minutes. The lively interchange created many questions bubbling inside Liz’s head as she listened to Kathy’s reflections and planned the follow-up questions. What a voice! (Kathy’s, that is): no nonsense, fast-paced, never wistful or indecisive, confident and warmly appreciative of all her activism colleagues. What a life, so far, at least!

Kathy Sheldon was born in North Carolina and raised in Florida and Georgia. She received a BA in English and Drama in 1959 from Sweet Briar College in Virginia in 1959 and a Masters in Religious Education from Union Theological Seminary in New York City in 1962. After three years as Director of Religious Education at St. Mark’s in the Bowery in the city, she married John Sheldon, an English family doctor. They arrived in Virgin Arm, New World Island, Newfoundland in 1964 and have stayed there ever since. Her husband came to be the family doctor for the island and they (very deliberately) became part of the island community and its activities. Having three children, and John’s medical clinic in the house for ten years was enough to keep them busy.

The Women’s Institute (W.I.) has been her chief field of activity, involving her in the lives of mainly rural women in Newfoundland and Labrador, as well as with its national and international affiliated organizations. She chaired the first Women's Institute Conference to be held in Newfoundland and Labrador, being president at the provincial level. As a member of the governing body of the Associated Country Women of the World from the early 1970s to 1986, Kathy participated in four of their world conferences—at Oslo in Norway, Hamburg in Germany, Killarney in Ireland and Vancouver in Canada, as well as an ACWW Council meeting in London, England.

In 1986 Kathy and John lost their son in a car accident and since then, Kathy has stayed closer to home. Besides the W.I. her activities have included the church, the Rural Development Association, the Girl Guides and at one time being the first woman to serve on the board of Newfoundland and Labrador Light and Power. She has taught in the high school, in the lay ministry program of the Atlantic School of Theology, and at Queen’s College, the Anglican seminary in St John’s (a course on mystic medieval women). Through the Women’s Institute she was awarded the Queen’s Silver Jubilee Medal in 1997 and through the Rural Development Association, she was awarded the Newfoundland and Labrador Volunteer Award and medal in 2001 for over three decades of volunteering at local, provincial, national and international levels. She most appreciates the friends and people in the province with whom she and John have enjoyed life and who have encouraged and supported them since they arrived.